Italy's Amalfi Coast - the most beautiful in the world

Plus the ancient cities of Pompeii and Herculanaeum, and centuries-old hilltop towns 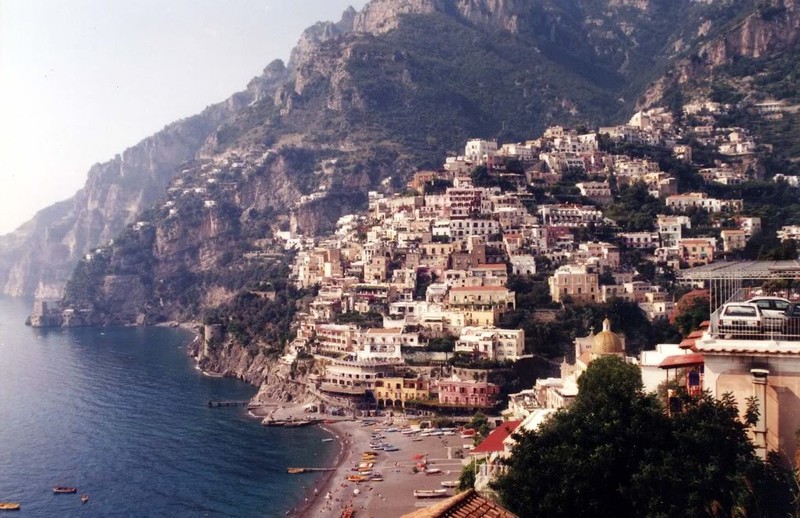 I don't think I'd be able to go back and write a travelog for this trip, which I took more than 15 years ago. It was my only solo trip to Italy, so far, but I think it was probably my favorite. I flew into Rome, then took a train to Naples, and the local Circumvesuvia (named after Mt. Vesuvius, which looms over the countryside) line to Sorrento. There, I rented a moped and spent a week exploring the south of Italy. I made it all the way south down to Metapontum -- the sole of the "boot" of Italy. I took lots of wonderful photos, some of which I have scanned and uploaded onto this page. 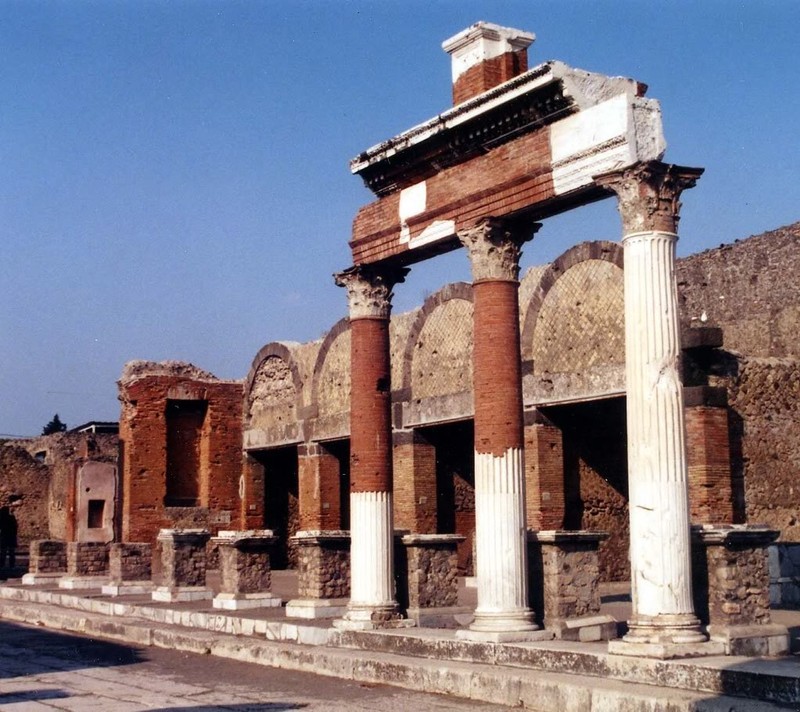 One of the main reason I came to Southern Italy was to visit Pompeii and Herculanaeum -- two Roman cities that were destroyed when Mt. Vesuvius erupted. Sorrento is a great place to base yourself out of to visit them (and the Amalfi coast, below). It is a pleasant, tourist-friendly town with seaside views and plenty of nice hotels. 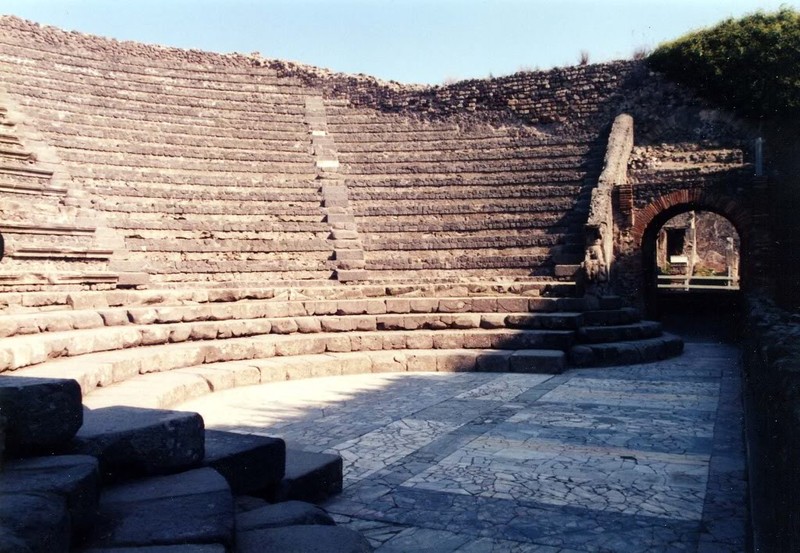 The Theater in Pompeii 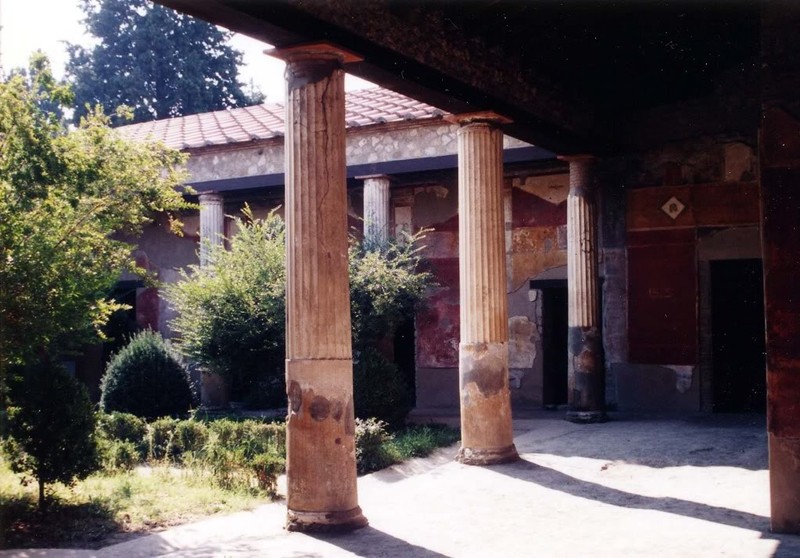 A Roman villa excavated in Pompeii 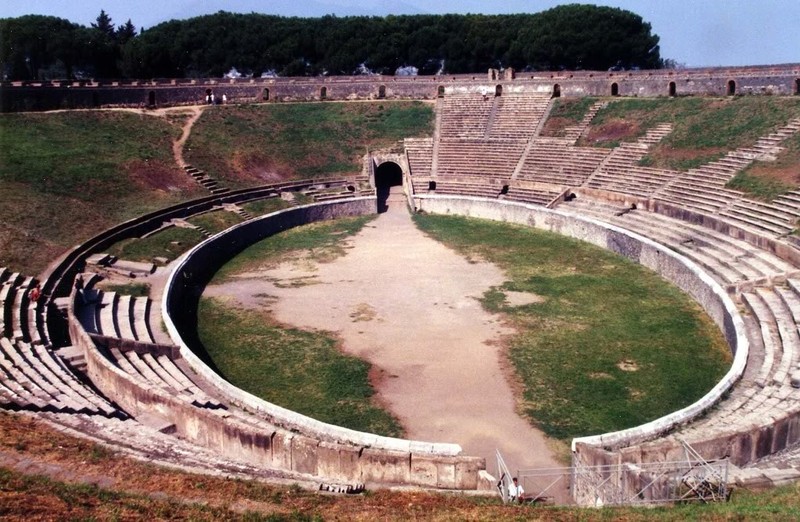 In my opinion, this is the most beautiful coastline in the world. The road clings to dramatic hillsides whose cliffs sometimes dive deep down into the blue-green sea. Coastal towns seem to rise up from the sea like multi-colored wedding cakes. Castles and forts guard the rocky coastline. It seems impossible to drive without stopping every mile or so to admire the breath-taking views and drink in the amazing panorama of land, sea and town. Exploring its sights on a scooter was a perfect way to do it. It was easy to pull over and take pictures whenever something caught my eye -- which as every 50 yards or so! 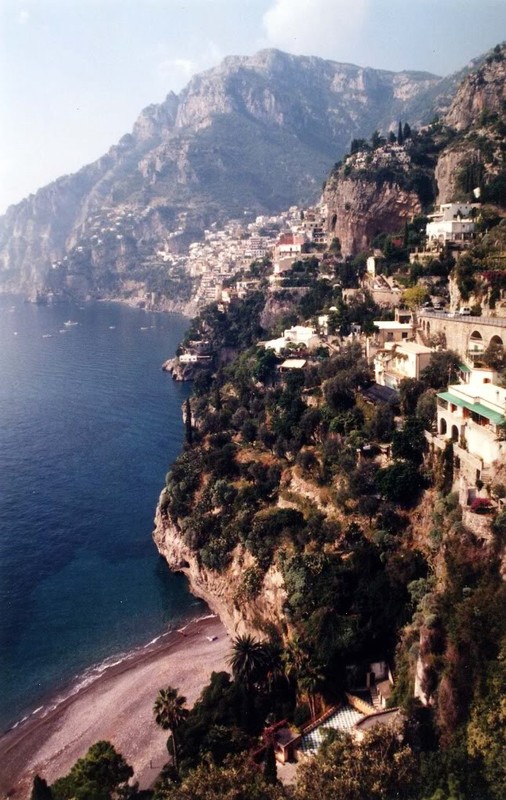 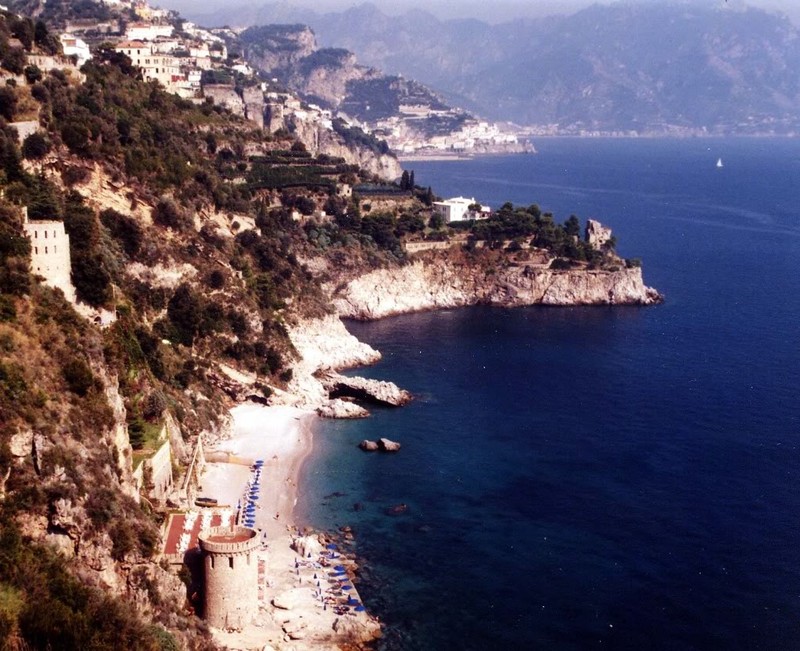 Rocky beaches, tiny towns, medieval fortifications and the blue, blue sea are all part of the scenery, mile after mile 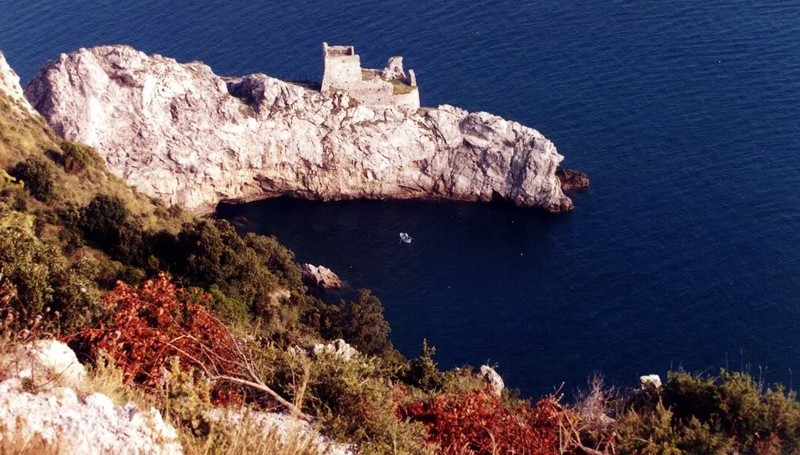 A medieval fortification clings to a rocky point along the coast 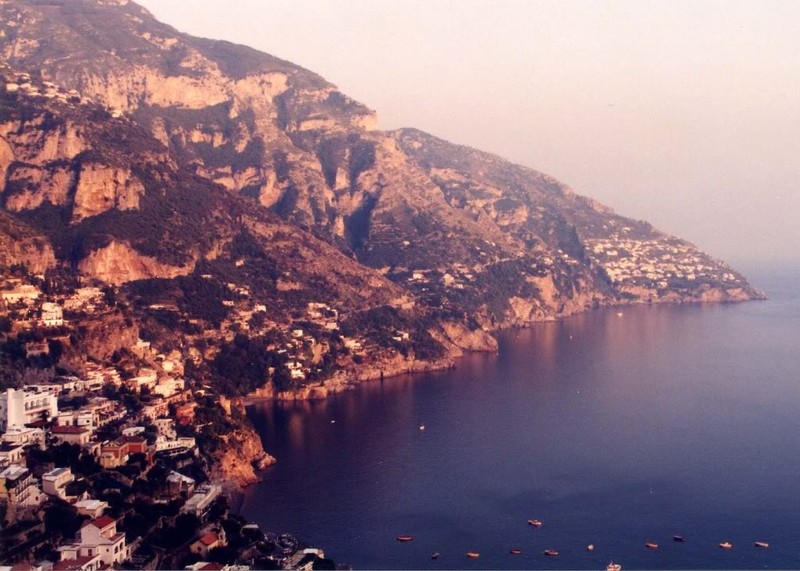 My last day in Italy, I visited the Roman town of Herculanaeum. Where Pompeii was covered by Mt. Vesuvius' ash, this town was covered by lava flow. It is equally well preserved, if less well known. Wandering its streets was like a dream. So many relics of the ancient days stood there under the hot sun, ready for the visitor to touch or run his hands along. The colors on the murals were vibrant, more than 2,000 years later. 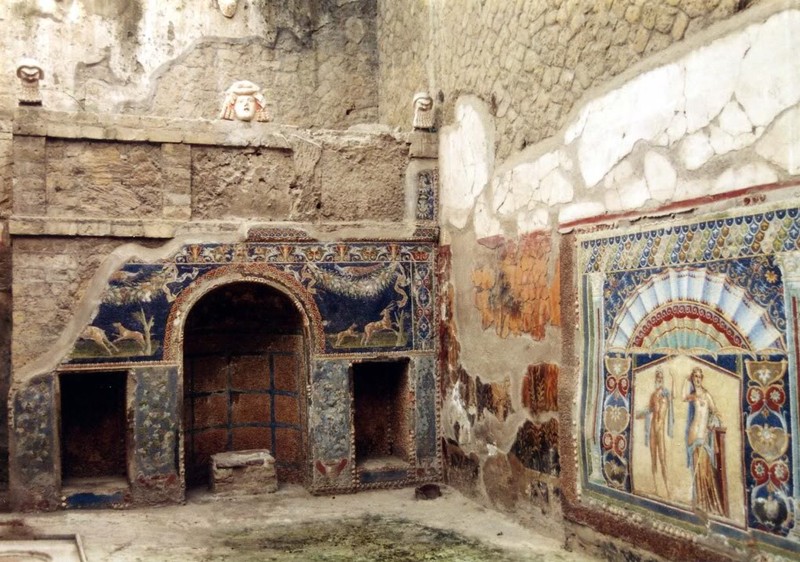 The interior of a Roman villa -- a wealthy noble's country home, with its colorful frescoes and mosaics 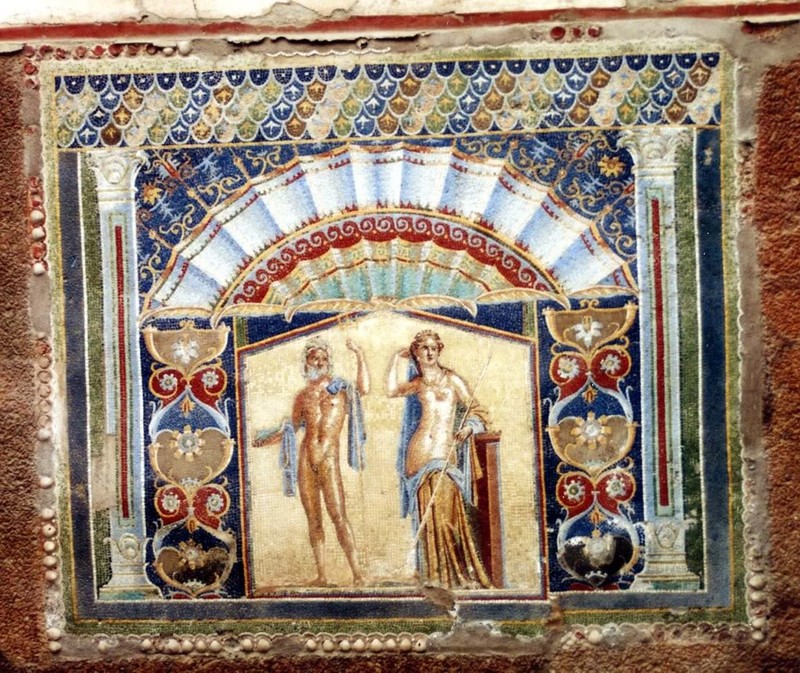 I will never forget the striking colors which lay covered by lava for almost 2,000 years 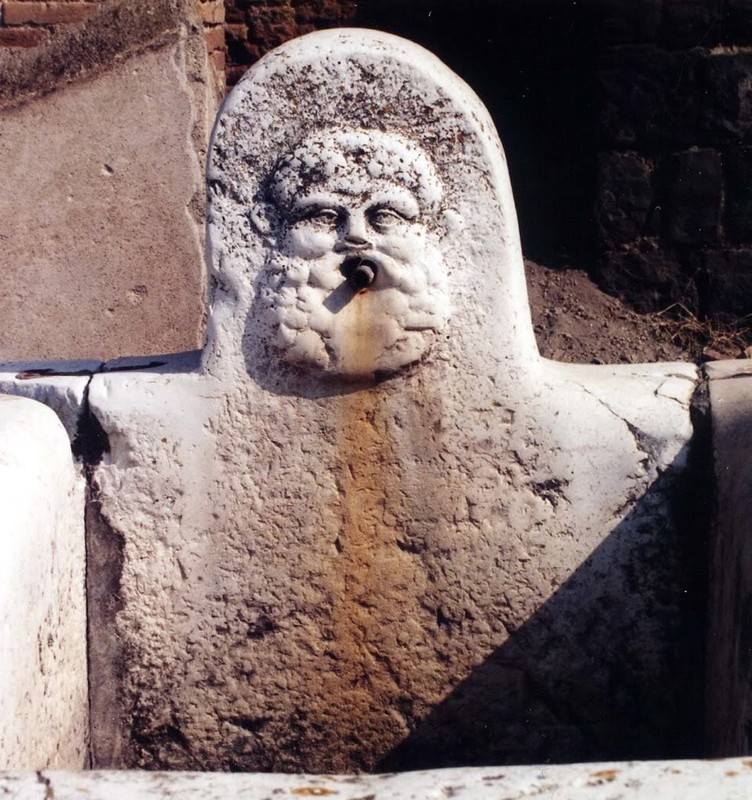 Rural, southern Italy is full of photogenic charms, everything from Graeco-Roman ruins (the Greeks colonized Southern Italy before the Roman conquest) to hilltop medieval fortifications to quaint villages basking in the sunshine. The week I spent zooming along the road in a moped was one of the most scenic I'd spent anywhere in the world. Each day, my command of Italian became better and I could converse easier with the welcoming, easygoing inhabitants. When I reached the Mediterranean coast in the far south, I knew I had to turn around. It was a long way back to Sorrento, and my time was running out. 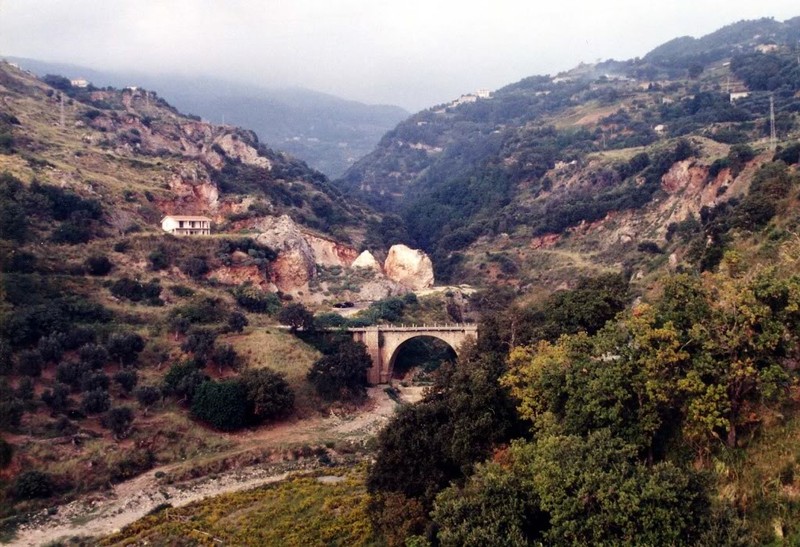 The rugged, hilly countryside of southern Italy is cut by rivers and gorges 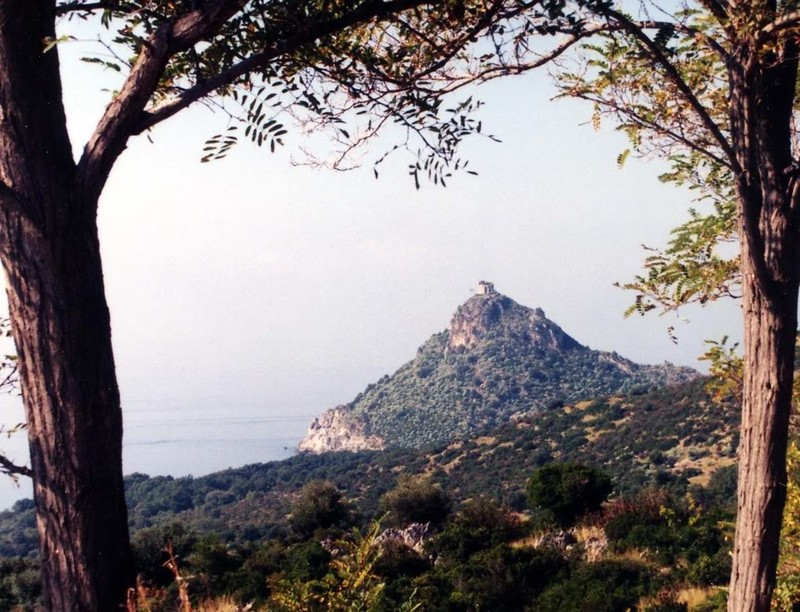 Visible from miles away, hilltop temples or monasteries decorate the countryside 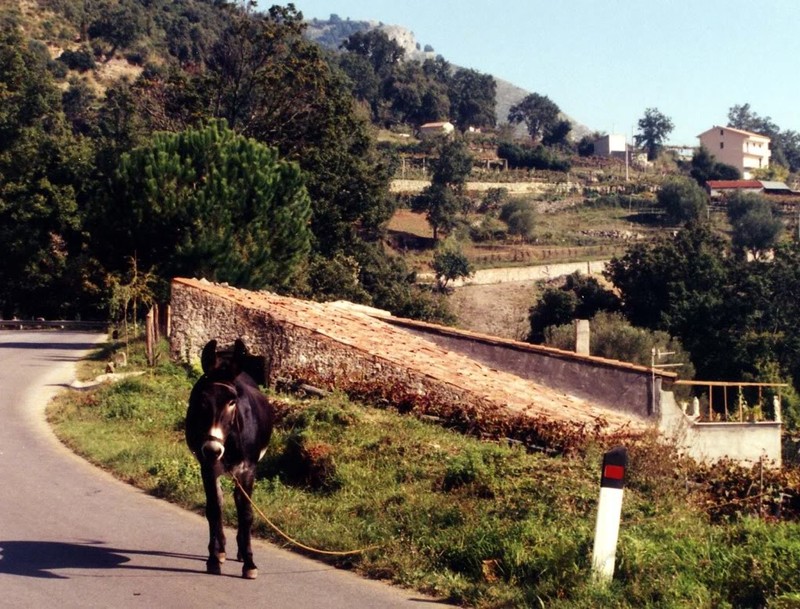 Posted by world_wide_mike 11:50 Archived in Italy