An Unexpected Day in Toronto 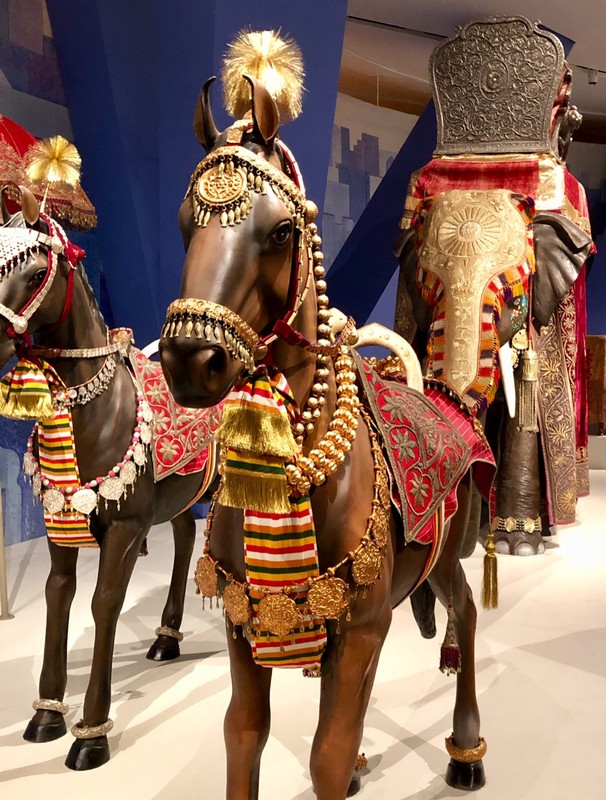 A half hour out from the Toronto airport, my phone buzzed to inform me my flight had been cancelled. I was rebooked onto another flight from Toronto to the Azores islands. Tomorrow night. At midnight. Sigh. Luckily, the airline sprung for a nice airport hotel through 7pm the next day, along with some meals. After checking in, and changing all my reservations, it was off the 3 Brassuers brewpub. I posted on my Facebook the question that I finally had a chance to research: what to do with a day to spare in Canada’s premier city? 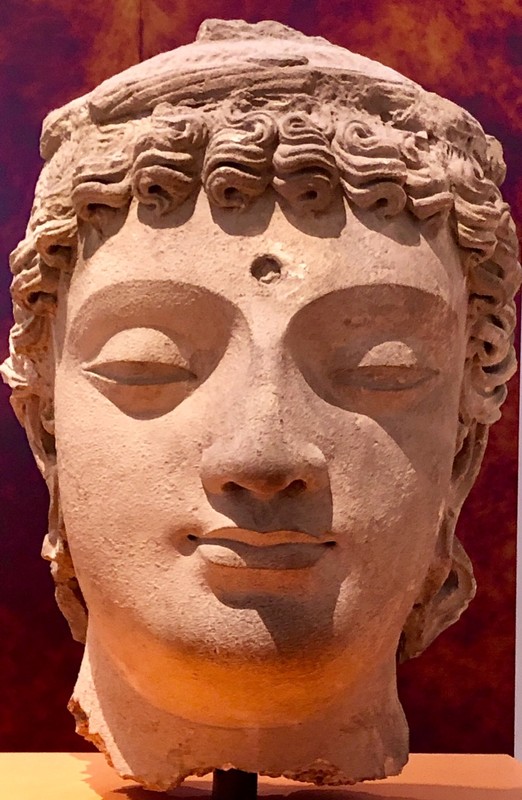 One of my friends recommended the Royal Ontario Museum. Checking out their website, I was definitely intrigued. I am a History buff through and through, and it looked like they had an amazing collection. The other contender was the CN Tower, but at $50 for a scenic view on a cloudy day, I opted for the museum, and am very glad that I did! The big choice was which of the special exhibits I wanted to see. They had three, and they hadn’t packages that included two with the museum entrance for about $35. The choices were: 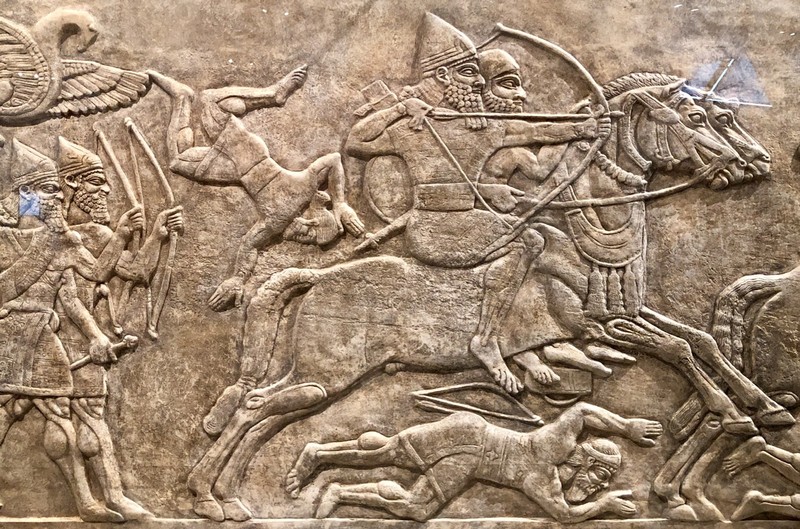 - Treasures of a Desert Kingdom: the Royal Arts of Jodhpur
- Zuul: the Life of an Armored Dinosaur
- Wildlife Photographer of the Year 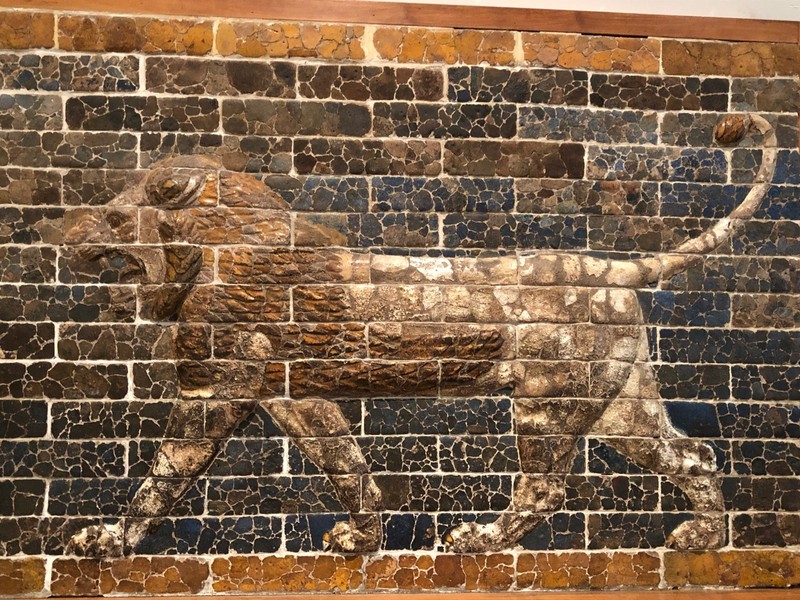 i
I have to be honest. The only reason I eliminated the dinosaur was that it would be a weekend, and I imagined throngs of shrieking kids would plague that exhibit. Seeing how many kids were in the museum’s other sections - especially the animals exhibits - I am glad that I made the choice that I did. Finding parking was a bit of a challenge, but I found a college sports field nearby that had an automated parking meter and small lot. A 10 minute walk and I was there. I started off taking the elevator to the third floor, which was pretty much the world history section. I started in the South Asia section, with amazing statuary of Buddha’s and other religious art. There were even suits of armor from Sassanian Persian mounted warriors, as well as Ottoman soldiers. 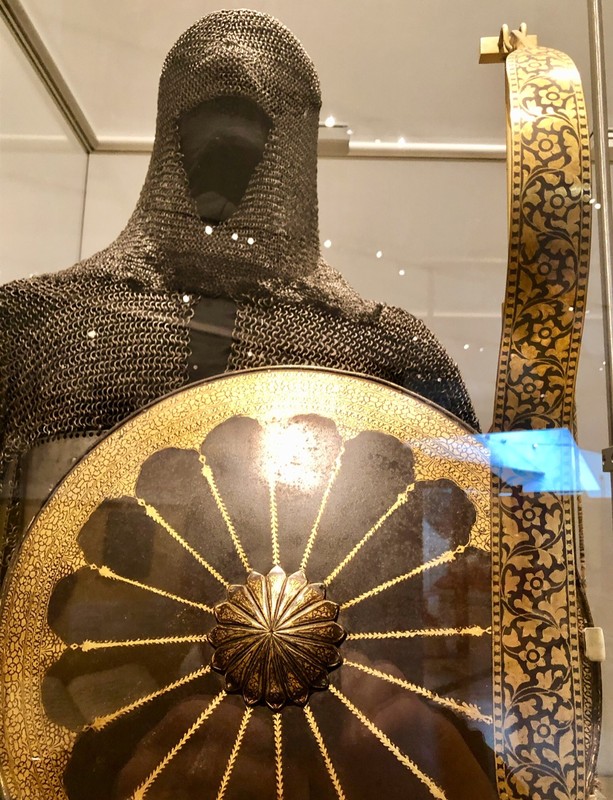 There was also an incredible ancient history section, too. It included four to five thousand year old figurines and seals from Ur and Sumeria. I think I saw more cylinder seals there than I had seen in my 56 years, to this point. The museum also had Assyrian relief carvings, votive figurines, weapons, and more. Everything in the South Asia section seemed kind of mixed together, but once I left that slice of the museum, it was more separated by civilizations. 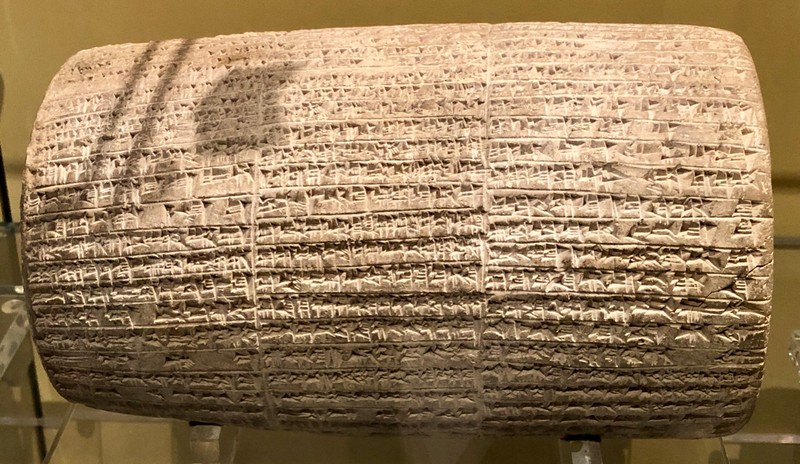 i
Egypt was next, with lots of sarcophagi, mummies, statues, and relief carvings. There were even entire wall sections of temple or funerary complexes. I saw mummified cats and even crocodiles. The Egyptian section was very well organized by periods. And they did a great job putting all the artifacts in context. It blended seamlessly into the section on Rome - probably my favorite Ancient civilization. There were lots of statues and busts - all doing a great job of illustrating Rome’s very realistic style of artwork. The Royal museum also covered other Mediterranean civilizations well - Greeks from Minoan and Mycenaean Times, through the Dark Age “Geometric” period, into classical Greece, Hellenistic period, and more. There was more Etruscan artifacts than I had ever seen, plus a great section on Cyprus through the Ancient period. 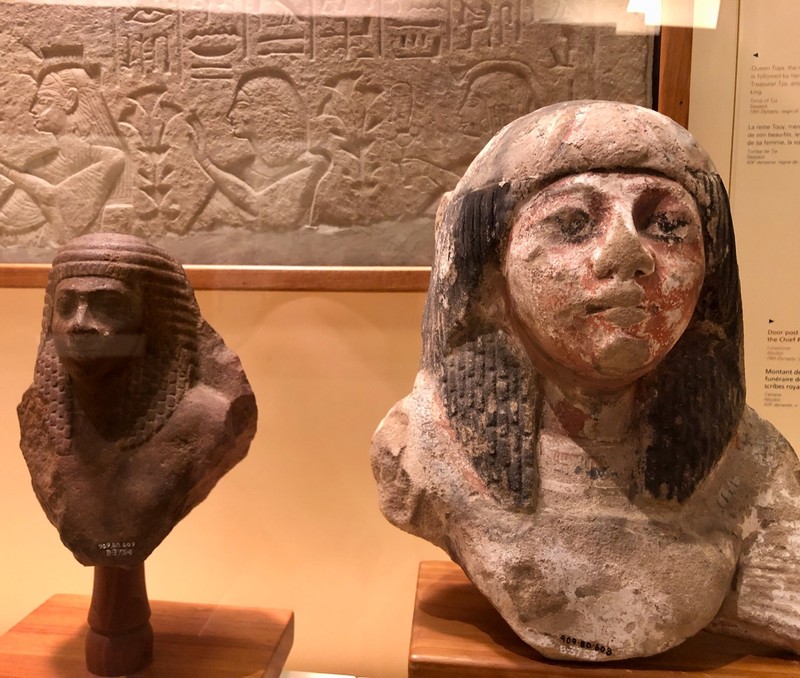 The last exhibit before my late lunch break was the Wildlife Photograper of the Year section. These were huge, video screen enlargements of about 50 photos. Not all were from the winner, though. There was a nice variety of types of photography - animal, macro, scenic - you name it, it was the most crowded the museum had been all day, though, which was annoying (but probably unavoidable on a weekend). 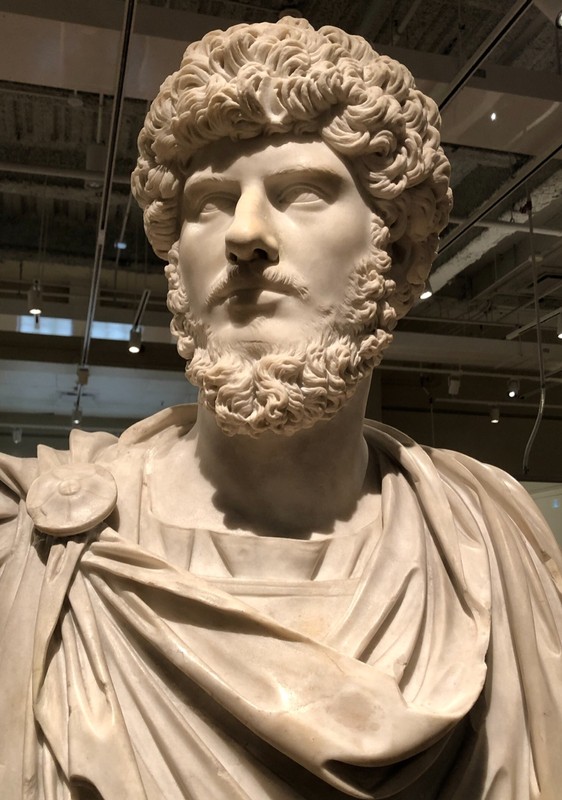 The Royal museum lets you leave and re-enter, so a lunch break was next. There are a number of fast food and other restaurants across the street, so I ducked across and had a sandwich and pop to re-energize myself. On my return, it was time to hit up the special Jodhpur exhibit. I was honestly a bit disappointed with it, even though it was interesting. The bulk of the exhibit was paintings of court life in Jodhpur. The paintings were incredibly colorful, detailed, and interesting. I just expected more artifacts. There was a very cool Mughal pavilion, a nice collection of jewelry, and lots of clothes and vestements. It seemed very centered on the royal family of Jodhpur, but considering they are the ones who donated everything, not surprising. 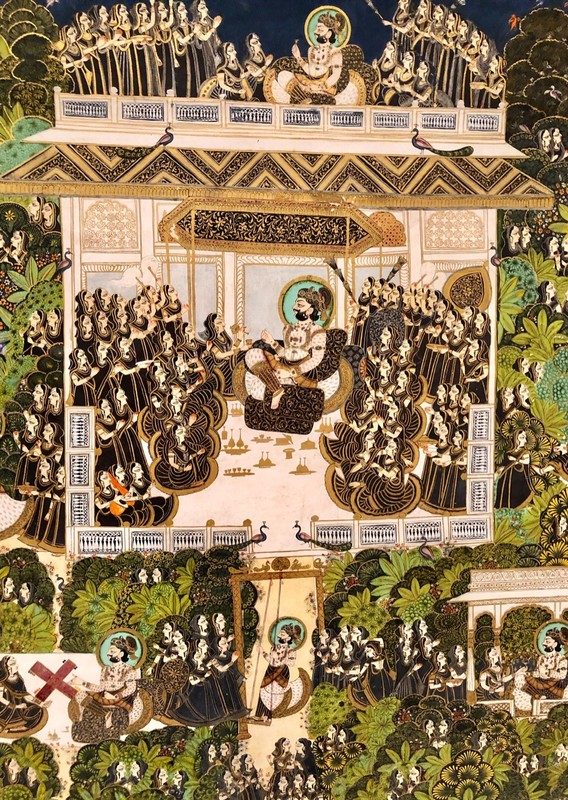 I finished my visit off with the First Peoples exhibits. There were some very interesting artifacts, including birchbark canoes, Indian apparel, weapons, and more. I was surprised to see the actual compass case and medallion given to Tecumseh. However, the British in Canada aided the Shawnee leaders’ attempt to form an Indian coalition against the Untied States, so I guess I shouldn’t be surprised. I was dragging by this point, I have to admit. I had been in the museum for nearly five hours and was done. 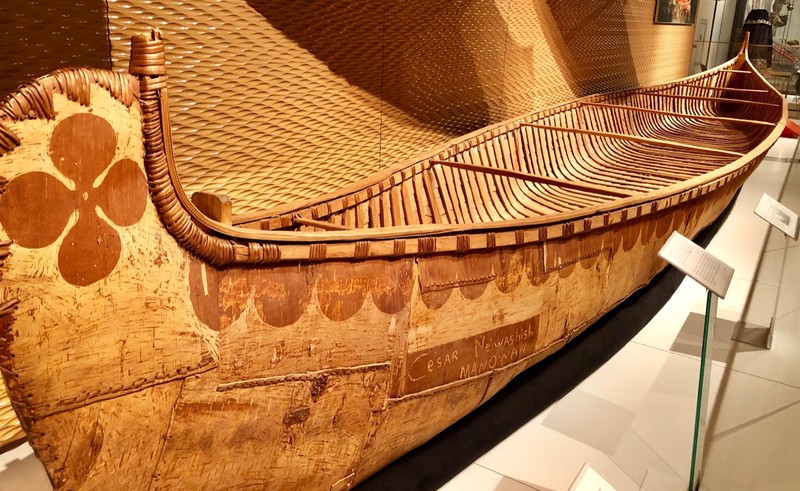 I headed back to the hotel to stretch out in my hotel room before my overnight flight to the Azores. The Royal museum was a great way to spend an unexpected day in Toronto. I highly recommend it to anyone who has a day to kill in Toronto! 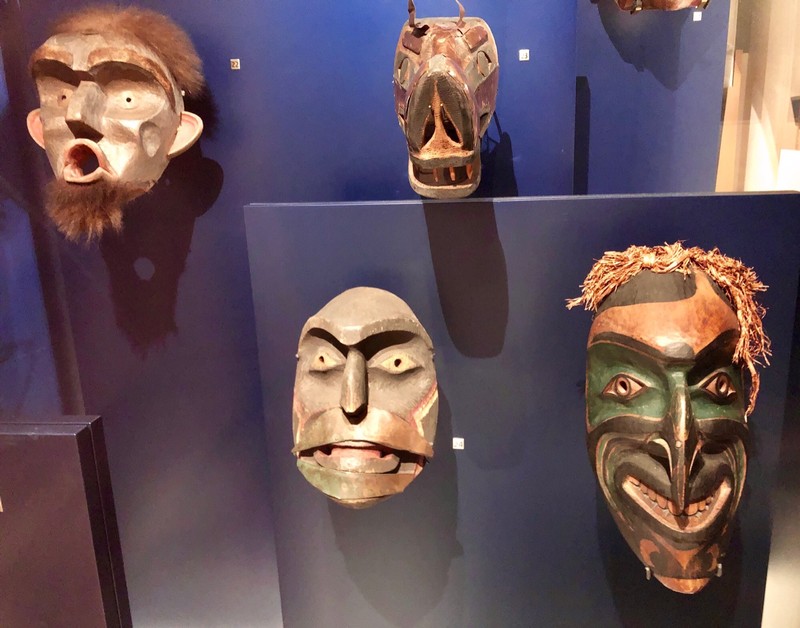 Posted by world_wide_mike 19:18 Archived in Canada