Seeing the amazing scenery of the Azores up close 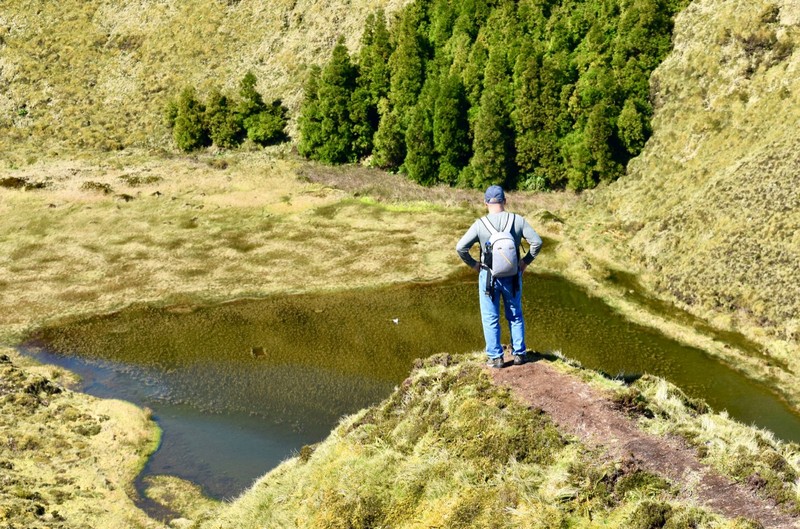 Looking down at Lagoa das Eguas sul on my hike

I had chosen the Azores as my spring break destination for one reason: the hiking. The islands were formed by volcanic activity and many of the hills you see were former calderas. A lot of them have mountain lakes inside their circular depression. That, combined with the lush green landscape, and the dark zig zags of pine forests, makes for stunning scenery. Prior to leaving, I’d picked out a number of the islands’s well-maintained hiking trails. There was even a GPS-enabled app called WalkMe to help you get to and stay on the trail. 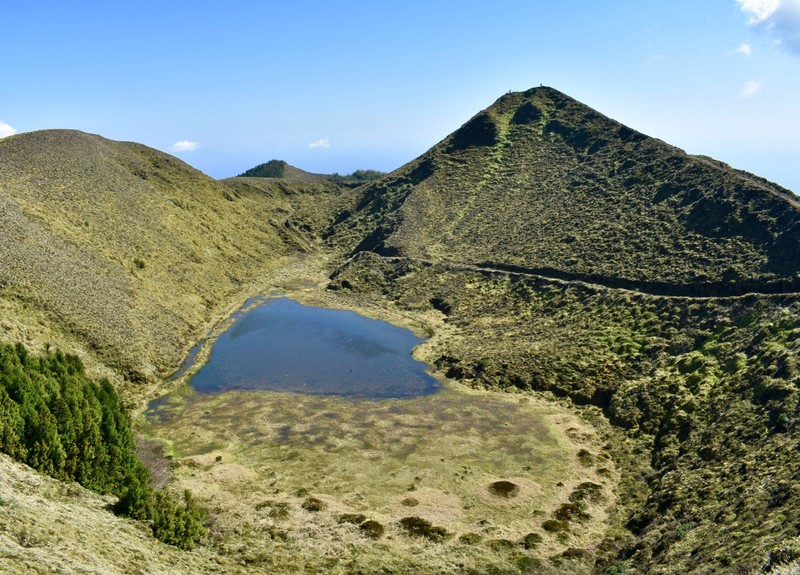 The otherworldly scenery of the Azores on the Serra Devassa hike

Shortly after unpacking at my hotel in the largest town on the island of Sao Miguel, Punta Delgado, it was off to my first hike. Called Serra Devassa, it takes you from barrren, grass-clad hilltops, through pine and scrub forests, and around a handful of lakes. The climb in some parts was steep, but the trail is mostly wide and very easy to follow. The trails often follow ridge lines, which means you have sweeping views of the surrounding countryside. It is sparsely inhabited, with only occasional farms or the black and white dots of cows grazing. 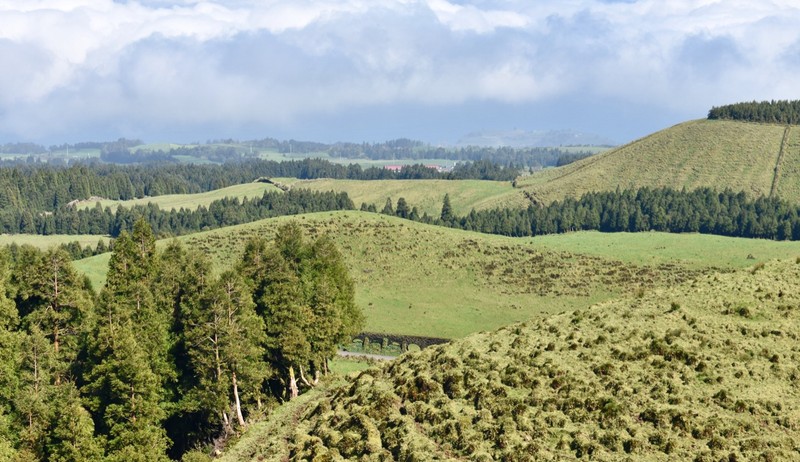 An dark stone aqueduct is visible not too far away, much of moss-clad and crumbling, disused. Roads loops among the hillsides, but traffic is sparse. Less than a quarter of a million live on the Archipelago, which was colonized during the Age of Discovery by Portugal. Many of the buildings that dot the countryside are traditional whitewashed with orange tile roofs, though you see modern structures as well. 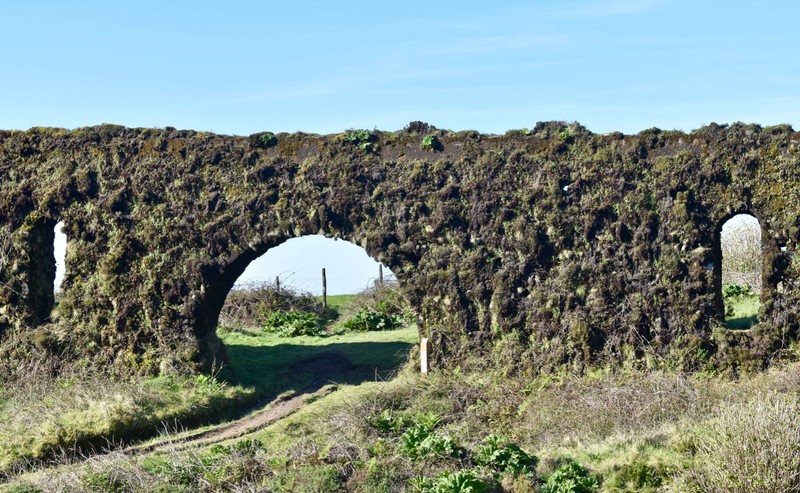 I stopped to take pictures often, and stretched the one to two hour hike (according to the app) into four hours. Of course, there was the extra half hour climb to the mirador do Pico do Paul, with great views across the island. The trek passed by five lakes, with views of a couple more. Some more blue, some green, and some a tannin-like brown, speckled with floating vegetation. Very little wildlife was seen - other than bright green finches, another dark blue and black bird, and an occasional seagull. Strangely, every tiny pool of water - too small to be called a pond - was host to a frog rave with dozens of amphibians singing along to some bizarre, frog tune. 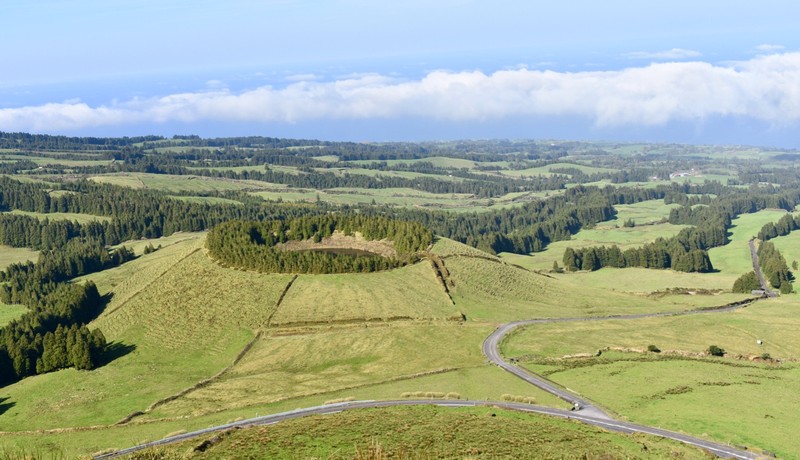 Pau Pique, another extinct volcanic cone, contains a tiny oval lake in the remains of its crater

The soil of the island seems to be mossy and was often very spongey. More than once I stepped off the trail to get a better angle and felt my hiking boots sinking in the moist ground. Looking at the vivid greens, it seemed to me the Azores must receive lots of rain. Of course, they are in the midst of the Atlantic Ocean, about two thirds of the way from the U.S. towards the Mediterranean. That made me doubly glad for the bright, sunny day I was enjoying. 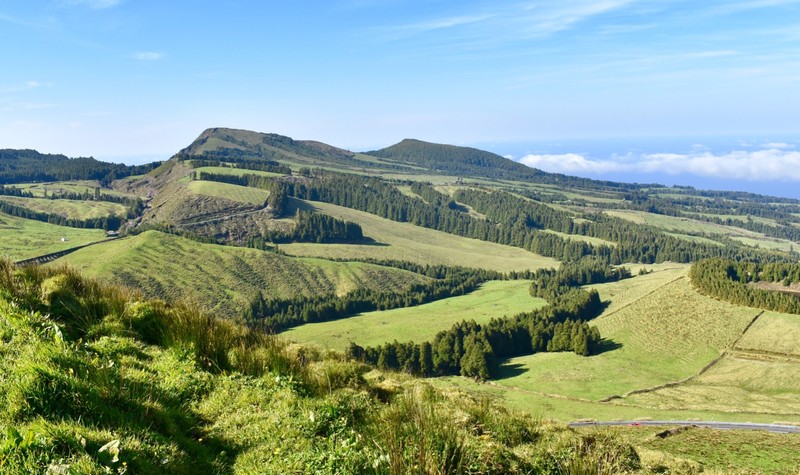 The surrounding green countryside, with its dark patches of pine forest zig-zagging across the island

By the time I reached the parking lot, I was pretty worn out. The flight hadn’t arrived till about 9am, and I had slept less than two hours on the five and a half hour flight from Toronto. My usual crappy luck meant I had the standard crying baby two rows ahead, and directly behind me, Mr. Tuberculosis. Every time I began to doze off, he would try to hack up a lung onto the back of my seat. Light sleepers like me can never count on getting any shut eye on overnight flights. So, I was beginning to drag by the end and was happy to see the car. 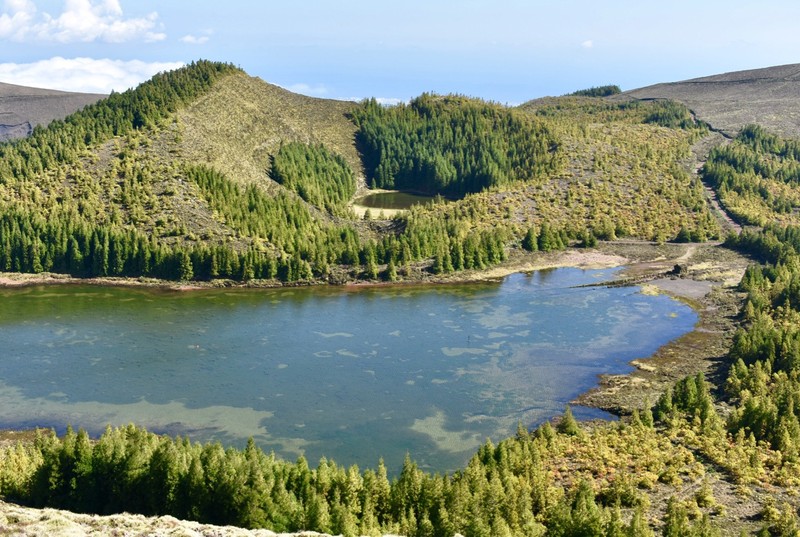 More mountain and lake vistas on the Serra Devassa hike

After dinner, I tried to write this entry into my blog, but kept nodding off. That’s why I am a day behind, and will likely remain so on this short, five day trip. Tomorrow’s hike was likely the most scenic on the island, so I went to bed looking forward to more amazing sights in the Azores. 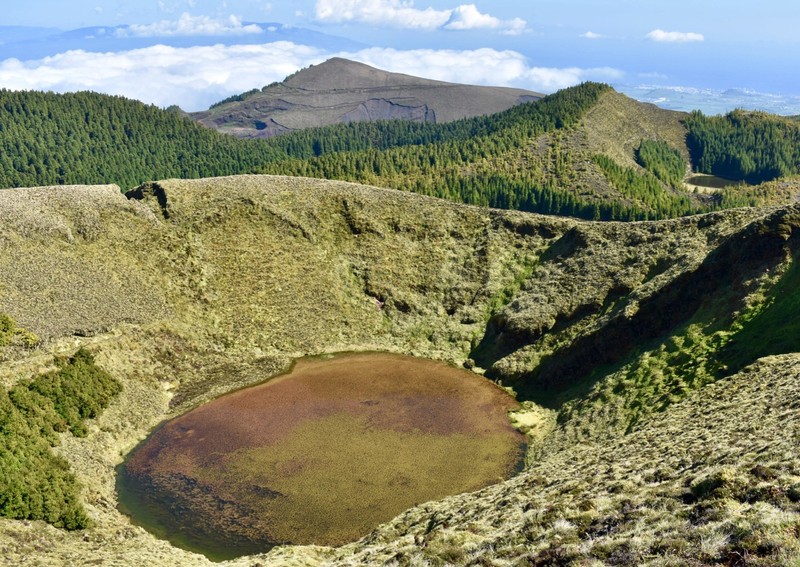 Posted by world_wide_mike 14:49 Archived in Portugal