Deployment to Korea an Eye Opener for Young Soldier

A trip to the DMZ and neon Itaewon are highlights 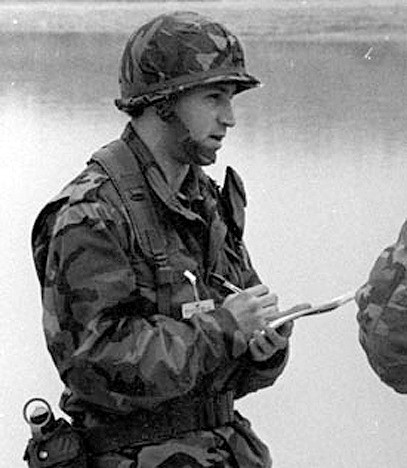 To be honest, I never wrote a travelogue for South Korea. I visited the country as part of my two-week annual training with the U.S. Army Reserve. We were taking part in an exercise to cover the yearly deployment of American troops to the Korean peninsula. Part training, part deterrent for the North Koreans. Though it was summer, I remember it being freezing cold at night and in the morning. Our large, multi-person tent that we slept in was heated by a diesel-fueled heater. We took turns filling up the diesel can and emptying it into the heater, and generally in the process ruining our gloves. Maybe that is where my hatred of all things diesel began!

It was a busy time, with little chance for sightseeing. However, we did get to visit Panmunjom - the armistice village in the DMZ (Demilitarized Zone) where North and South Koreans meet to hold talks. A line is painted down the village demarcating North from South Korea. The room where they meet even has a line painted down it. Armed guards watch your every move while you're there. You are warned beforehand it is not the place to joke around. You will be shot if you pretend you're going to cross the line. It was pretty awesome to see it, and hear about the History behind the place. The U.S. soldiers killed by North Koreans while trimming a tree near the line. The North Korean defectors that have sprinted across to freedom, sparking a gun battle as the North attempted to shoot and kill them.

We also got a chance to spend one evening in Itaewon, which was kind of a neon, bar district in the capital, Seoul. For a young man from Ohio, it was quite the eye opener. I had always thought the campus district of Ohio State University was crazy -- especially on a football Saturday night. This made campus look tame. The other thing I remember most about Korea was how beautiful the countryside was in the mornings. The mist cloaking the hills, the temples -- it looked just like a Japanese painting. As interesting as I found South Korea, it is crazy to think that I have not been back in the intervening three decades. Maybe one day. I am sure much has changed, but so, too, have the memories faded.